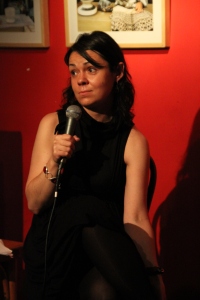 Ewa Chrusciel writes both in Polish and English. In 2003 Studium published her first book in Polish. Her second book in Polish, Sopilki, came out in December 2009. She has won the 2009 international book contest for her book in English, Strata, which was published with Emergency Press in March 2011 in the United States. Her second book in English, Contraband of Hoopoe, is forthcoming from Omnidawn Publishing in September 2014. Her poems have been featured in Jubilat, Boston Review, Colorado Review, Spoon River Review, Aufgabe among others. Her translations of poetry appeared in numerous journals and two anthologies of Polish poetry in English translations: Carnivorous Boy, Carnivorous Bird and Six Polish Poets. She is a Professor of Humanities at Colby-Sawyer College. 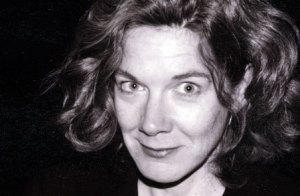 Mary Ruefle is the author of the forthcoming book, Madness, Rack, and Honey: Collected Lectures (Wave Books, 2012), and most recently, Selected Poems (Wave Books, 2010). She has published ten books of poetry, a book of prose (The Most of It, Wave Books, 2008), and a comic book, Go Home and Go to Bed, (Pilot Books/Orange Table Comics, 2007); she is also an erasure artist, whose treatments of nineteenth century texts have been exhibited in museums and galleries, and published in A Little White Shadow (Wave Books, 2006). Ruefle is the recipient of numerous honors, including the William Carlos Williams award, an Award in Literature from the American Academy of Arts and Letters, a Guggenheim fellowship, a National Endowment for the Arts fellowship, and a Whiting Award. She lives in Bennington, Vermont, and teaches in the MFA program at Vermont College.