Update: Deborah Brown is experiencing a family emergency and thus must cancel for April 5, so Lea Banks, our inimitable founder, has graciously agreed to read in her place.

Lea Banks lives in Conway, Massachusetts and is the author of the chapbook, All of Me (Booksmyth Press, 2008), a collection of poems. She is a poet, writer, editor, and budding entrepreneur. She is also the editor and publisher of Oscillation: Poetry in Motion, founder of the Collected Poets Series, former poetry editor of the Equinox, and editorial assistant for the Marlboro Review. She attended New England College’s MFA program, facilitated stroke survivors’ writing workshops, and managed her daughter’s modeling career. Her poems, “All of Me,” and “Hallelujah,” have been nominated for the 2009 Pushcart Prize. She was a finalist for the Pavel Srut fellowship in Prague. In addition, she won fellowships with Philanthropic Education Organization (2008), American Association of University Women (2007), and Yellow Fox Foundation (2006). Banks has been published in many journals including The American Poetry Journal, Poetry Northwest, Slipstream, Sweet: A Literary Confection, and elsewhere. Her works in progress include a provocative manuscript focusing on her experience as a stroke survivor and the Appalachian Project, a series of persona poems about Appalachian women musicians. 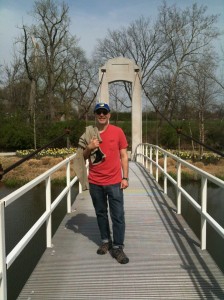 It was the end of the summer
and all the yellow pollen smell
of an afternoon. Withheld wings
of longing clutched in my torso.

The middle of the day is furious.
The bees soldier on in the sunburnt grass.
Their gossamer simmer – like ladies
in saffron, all hoary and damp beneath
their breasts — teems in this waste of heat.

I painted tomatoes, found them of Prussian
red cast, untrained on sodden fusty hay.
I wrote string beans, tangled up in their
green finery, strangled like the twine they
were tied upon. A thin thread of fiery
flourish; tiny stamens tongued my ankles.

The golden feathers were hidden behind
an old rock. Goldfinch? Grosbeak?
Small, flaxen, pithy; the most beautiful
thing we had surprised upon in our
thousand year reign. You said most
likely chicken feathers blown carelessly
across the field. Well, I threw in the word
“carelessly” and thought Warbler? How
verbose and inaccurate we both were. . .

The cartilage of birds and bees signals
summer’s end. They were alive just a few
short moments ago. Under my massive feet,
I crunch their skulls and wings everywhere.

Peering through the open door of my bird
house, my helmet, my bee bonnet burst.
The swarm split open. Witness the royal
jelly strewn on my path. . . wildly, wildly.

“This is a time for reflection,”
Rabbi Borax says in a mass email.
I hold my own service.
The moths clinging to the screens
pray to get in. The orchids open
their lovely legs. At the end
of the row, crows badger
each other over hymnals.
I cut the shofar loose.
My dog smells the blasts
and heads downstairs.
What kind of Jew am I?
The kind women at cash registers
glare at, the kind with scalloped
edges and frayed hair,
whose voice rises into prophetic zeal
over the slightest hint of a problem.
I smell tsimmes, brisket,
roasted potatoes, kugel.
I smell candles burning,
and apples dipped in honey
a thousand miles away.
No one in the community
invites me for dinner.
They probably don’t even know
I know I’m Jewish.
I remember floods,
earthquakes, bombings,
diseases, deaths—
the misery in 2010.
Why would anyone argue
over their Jewishness?
I flick the lights to get God’s
attention. I draw another glass
of wine from the box. I’m
my own shabbos goy,
carrying enough cash
to get in to a movie
and buy some popcorn.
This year will be another year
of war just like last year.
What should I pray for,
a little less blood,
another day on earth?
I bless my wife, my dog,
everyone I love
and everyone I don’t love.
I do not bless the new year of kings.
I bless the new year of new years,
the act of creation.
Let’s begin again.