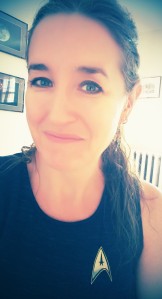 Marian is a member of Florence Poets Society (Florence, Massachusetts) and is an editor of its annual review, Silkworm. She is also a member of the international online poetry community Imaginary Garden with Real Toads, and is the founder and editor of the poetry and short-fiction collective ALL CAPS PUBLISHING. You can find a great quantity of Marian’s poetry and other missives at her website: http://www.runawaysentence.com

Marian lives in Easthampton, Massachusetts with her husband and two children.

Irene Willis is the author of four collections of poetry: They Tell Me You Danced (University Press of Florida, 1995); At the Fortune Café (awarded the 2005 Violet Reed Haas Poetry Prize and nominated for a National Book Award by Snake Nation Press); Those Flames ( a finalist for both the Philip Levine Prize and a second Snake Nation prize and released by Bay Oak Publishers, Ltd. in 2009), and Reminder (Word Poetry, 2014). A fifth book, an anthology of poems from different parts of the world called Climate of Opinion: Sigmund Freud in Poetry, Edited and with an Introduction by Irene Willis, has just been published by IP Books. Three times nominated for Pushcart Prizes, her poems have also appeared in many journals and anthologies, including Ploughshares, Women’s Review of Books, and upstreet. She is Poetry Editor of the online publication, International Psychoanalysis.

My notebook falls open
to a page of ballpoint pen drawings
by my son, who had been sitting
on a curb waiting for a parade.
My own scratchings scarce, inspiration
is welcome when it surfaces.
Who could fail to be moved
by his steady requirement to draw now,
on this curb, on a restaurant placemat,
a napkin if that’s all there is?
(Put this in your purse, Mama.)
My children remember the admonishment
of an artist to never stop drawing,
evoking this advice constantly
and with reverence, as though told
from on high instead of under a tent
at the Westhampton Fall Festival.
Obviously, this is a good thing,
a lucky thing, a moment’s one-off words
etched deep in the psyche of youth,
the notebook that is life’s pleasure,
treasure a mother hopes
will be unearthed over and over,
the mind’s riches providing sustenance
for a lifetime of waiting on parades.

(from Heart Container. Used with permission.)

When I say guess what happened –
my usual way of starting a story –
I see a look of alarm in his eyes
replacing the sweet smile with which
he starts the iambic of our days –
our remaining days, which of course
everyone has – all that remains
is all we have – but when I say this
and know he still loves, it’s as good
as the afternoon I came home earlier
than expected and said to this man
who can no longer walk with ease
and who spends his days in a chair
with his feet uplifted, when I said
as a joke, I half-expected to find you
jumping and dancing, he said,
not smiling, that’s exactly how
I see myself in dreams.