Jayne Benjulian is the author of Five Sextillion Atoms. Her poems and essays appear in numerous literary and performance journals. She served as chief speechwriter at Apple; investigator for the public defender in King County, Washington; and director of new play development at Magic Theatre in San Francisco. She was an Ossabaw Island Project Fellow; teaching fellow at Emory University; and Fulbright Teaching Fellow in Lyon, France. Jayne lives in the Berkshire Hills of Massachusetts, where she teaches the writing and performance of poetry and monologue. 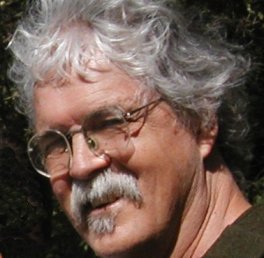 Jim Culleny’s collection of poems, Odder Still, was published in 2015. He works in construction, is also a singer/songwriter, and has done commentary for National Public Radio in addition to Op/Eds for The Recorder. He lives in Shelburne Falls.

They’re everywhere and priced
like gourmet items, but when I first

ate them, no one had ever heard
of an onion with the name of a town.

In Vidalia, timber barons were kings,
their wives ordered Christmas

if they had been there:

for a string and cheap bait,
and I could ride the Crescent

above Pontchartrain,
time as thin as onion skin:

beat of her herding paws,
another Christmas, new boots

quail in the hands
of those long-legged men.

I was just looking through a hole in Van Gogh’s head.
The hole I was peering through is a painting some call Terrasse de Cafe.
It could be called Fire and Ice. Wonderful would be another apt name for it.
This piece of Vincent is a night sky hung with stellar lanterns near as lightposts
as if the cosmos was just another canopy slightly beyond the one shielding the cafe.
Just a stone’s throw beyond. Within spitting distance. Half a hair’s breadth away.
Stars big as moons hang in this room in Vincent’s skull. Stars ready as wet Cortlands
to be plucked from trees in orchards of exploding hydrogen.
Under the cafe canopy nano-figures repose upon cobbles of burning coals.
Sipping wine maybe; savoring oysters; sucking energy from supernovas.
Near and Far opposed as lovers in Vincent’s embracing mind.
There and Here tangled beyond belief.