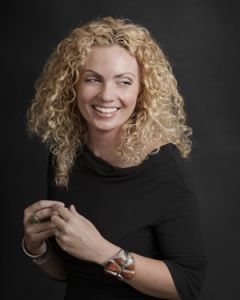 Nickole Brown grew up in Louisville, Kentucky, and Deerfield Beach, Florida. Her books include Fanny Says, a collection of poems published by BOA Editions in 2015; her debut, Sister, a novel-in-poems published by Red Hen Press in 2007; and an anthology, Air Fare, that she co-edited with Judith Taylor. She graduated from The Vermont College of Fine Arts, studied literature at Oxford University as an English Speaking Union Scholar, and was the editorial assistant for the late Hunter S. Thompson. She has received grants from the National Endowment for the Arts, the Kentucky Foundation for Women, and the Kentucky Arts Council. She worked at the independent, literary press, Sarabande Books, for ten years, and she was the National Publicity Consultant for Arktoi Books and the Palm Beach Poetry Festival. She has taught creative writing at the University of Louisville and Bellarmine University and was an Assistant Professor at the University of Arkansas at Little Rock for four years. Currently, she is the Editor for the Marie Alexander Series in Prose Poetry at White Pine Press and is on faculty every summer at the Sewanee Young Writers’ Conference and at the low-residency MFA Program in Creative Writing at Murray State. She lives with her wife, poet Jessica Jacobs.

Jessica Jacobs grew up in Central Florida and has since lived in San Francisco and New York, with stints in Greece, Indiana, and Arkansas along the way. Her work has appeared in Beloit Poetry Journal, Cave Wall, Iron Horse, The Missouri Review, Poet Lore, and Rattle, among other journals and anthologies. She holds a B.A. from Smith College and an M.F.A. from Purdue University. An avid long-distance runner, Jessica has worked as a rock climbing instructor, bartender, textbook Acquisitions Editor, Editor-in-Chief of Sycamore Review. and a Visiting Assistant Professor at Hendrix College. Jessica is on the faculty of the Sewanee Young Writers Conference and, in Spring 2016, will be the Hendrix-Murphy Writer-in-Residence at Hendrix. She lives in Little Rock, Arkansas with her wife, the poet Nickole Brown. Pelvis With Distance is her debut collection.

AN INVITATION FOR MY GRANDMOTHER / Nickole Brown

Satisfaction is a lowly / thing, how pure a thing is joy. / This is mortality / this is eternity.
—Marianne Moore

When Mama called to say you were
gone, I was in New York and climbed
the impossible top of a brownstone to talk
myself down. Don’t get sentimental; dying is what
grandmother’s do, was the foolishness
I told myself, but what I should have done
was invite you there with me. You’d never been
further north than Cincinnati, and the view—
the spatter and fleck of all those lights—
you’d have to see to believe.  So now that you’re

on the other side and got your knees working
again, a proposition: Come, lace up your Keds,
walk with me a while. I won’t say the world’s better—
it’s not—since you left, I have seen a pelican
stretch her wings to dry, the dripping
petrol making her into a bent crucifix of oil,
and the penguins have dropped their proud
eggs into melted ice, and this spring, yet another wind
bulldozed my neighbors, all their homes razed
to slab foundation, their trees now
splintered bone. But we can take a train

out of Arkansas—Come, sit next to me,
because out the window
a girl on a horse jumps a junkyard fence.
She wears a shirt the color of poppies, of bright
soda cans, and I bet you’ll agree: blurred,
it is a brown pony with red wings.

And three years ago: Can I take you there?
My sister, sitting up during a contraction,
how she reached inside
herself to touch the crown of her son
not yet born. I want to show you the look
on her face and that cord
cut, a rich earth of blood, a joy in
black. And please, take off your shoes now,

stand with me last October when
I took a wife, barefoot in the grass.
We made our vows, and after, when she held
my jaw with both hands, I could feel
the bones of my skull
rising up to make a face finally
seen.

I paint them in such
close-up—spires
in high desert, sandstone
coated by white lava
ash—a viewer cannot know
that central darkness
means the sun is setting

the clouds on fire, or how
an arroyo wraps this
formation like a moat,
red walls carved smooth
by seasonal flooding,
which leaves the wash
littered with carcasses.
How strange

it must be to drown
in the desert. Earlier,
when noon slayed all
the shadows, I lay in it,
the only sound