Note: Due to a family emergency, Karin Gottshall can not be with us as planned. We’re wishing her the very best! 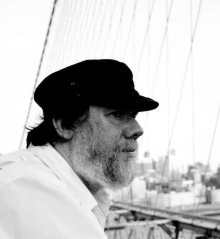 Called “the Latino poet of his generation,” Martín Espada was born in Brooklyn, New York in 1957. He has published more than fifteen books as a poet, editor, essayist and translator. His latest collection of poems, The Trouble Ball (Norton, 2011), is the recipient of the Milt Kessler Award, a Massachusetts Book Award and an International Latino Book Award. The Republic of Poetry (Norton, 2006) received the Paterson Award for Sustained Literary Achievement and was a finalist for the Pulitzer Prize. A previous book of poems, Imagine the Angels of Bread (Norton, 1996), won an American Book Award and was a finalist for the National Book Critics Circle Award. Other poetry collections include A Mayan Astronomer in Hell’s Kitchen (Norton, 2000), City of Coughing and Dead Radiators (Norton, 1993), and Rebellion is the Circle of a Lover’s Hands (Curbstone, 1990).  He has received other recognition such as the Shelley Memorial Award from the Poetry Society of America, the Robert Creeley Award, the PEN/Revson Fellowship and a Guggenheim Foundation Fellowship.  His work has been widely translated; collections of poems have been published in Spain, Puerto Rico and Chile. His book of essays, Zapata’s Disciple (South End Press, 1998), has been banned in Tucson as part of the Mexican-American Studies Program outlawed by the state of Arizona. A graduate of Northeastern University Law School and a former tenant lawyer, Espada is currently a professor in the Department of English at the University of Massachusetts-Amherst. 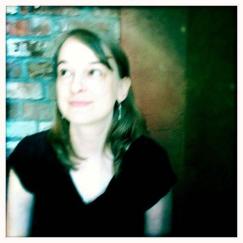 Karin Gottshall‘s first book, Crocus, was published by Fordham University Press in 2007. She is also the author of two small press chapbooks, and a third is forthcoming from Argos Books in 2013. Her poems and stories have appeared in online and print journals including Drunken Boat, FIELD, Gettysburg Review, Memorious, and Blackbird. She lives in Vermont and teaches poetry writing at Middlebury College.

Francisca said: Marry my sister so she can stay in the country.
I had nothing else to do. I was twenty-three and always cold, skidding
in cigarette-coupon boots from lamppost to lamppost through January
in Wisconsin. Francisca and Isabel washed bed sheets at the hotel,
sweating in the humidity of the laundry room, conspiring in Spanish.

I met her the next day. Isabel was nineteen, from a village where the elders
spoke the language of the Aztecs. She would smile whenever the ice pellets
of English clattered around her head. When the justice of the peace said
You may kiss the bride, our lips brushed for the first and only time.
The borrowed ring was too small, jammed into my knuckle.
There were snapshots of the wedding and champagne in plastic cups.

Francisca said: The snapshots will be proof for Immigration.
We heard rumors of the interview: they would ask me the color
of her underwear. They would ask her who rode on top.
We invented answers and rehearsed our lines. We flipped through
Immigration forms at the kitchen table the way other couples
shuffled cards for gin rummy. After every hand, I’d deal again.

Isabel would say: Quiero ver las fotos. She wanted to see the pictures
of a wedding that happened but did not happen, her face inexplicably
happy, me hoisting a green bottle, dizzy after half a cup of champagne.

Francisca said: She can sing corridos, songs of love and revolution
from the land of Zapata. All night Isabel sang corridos in a barroom
where no one understood a word. I was the bouncer and her husband,
so I hushed the squabbling drunks, who blinked like tortoises in the sun.

Her boyfriend and his beer cans never understood why she married me.
Once he kicked the front door down, and the blast shook the house
as if a hand grenade detonated in the hallway. When the cops arrived,
I was the translator, watching the sergeant watching her, the inscrutable
squaw from every Western he had ever seen, bare feet and long black hair.

We lived behind a broken door. We lived in a city hidden from the city.
When her headaches began, no one called a doctor. When she disappeared
for days, no one called the police. When we rehearsed the questions
for Immigration, Isabel would squint and smile. Quiero ver las fotos,
she would say. The interview was canceled, like a play on opening night
shut down when the actors are too drunk to take the stage. After she left,
I found her crayon drawing of a bluebird tacked to the bedroom wall.

I left too, and did not think of Isabel again until the night Francisca called to say:
Your wife is dead. Something was growing in her brain. I imagined my wife
who was not my wife, who never slept beside me, sleeping in the ground,
wondered if my name was carved into the cross above her head, no epitaph
and no corrido, another ghost in a riot of ghosts evaporating from the skin
of dead Mexicans who staggered for days without water through the desert.

Thirty years ago, a girl from the land of Zapata kissed me once
on the lips and died with my name nailed to hers like a broken door.
I kept a snapshot of the wedding; yesterday it washed ashore on my desk.

There was a conspiracy to commit a crime. This is my confession: I’d do it again.

When I tell you my childhood was wasted
at sea, you should bear in mind
I may be an unreliable narrator.

When I say I spent a year
in military school, disguised as a boy,
be skeptical—though in fact I did.

Each morning we polished our boots
to an oily sheen and ran through the spruce
woods with empty guns. When I tell you

I love white wine, it’s the plain truth.
As is the fact that my mother
was a painter and my father a cellist—

or a physicist. I get the two confused.
I get confused about the relative
weight of my loneliness: it seems so heavy,

but where is it? Did you know I survived
shipwreck? That I was marooned
and lived a long time on the island? Surely

that explains this hook-shaped scar,
my love of salt. I ask for no help
with these burdens. The earthquake rocked,

rocked the building’s foundation
and the bedposts swayed
like masts. We set off from port. All my lies

are like that: they travel
so far over the horizon, then finally
come back: my sea-weary, long lost kin.

(First published in Memorious. Used by permission of the author.)