D M Gordon’s poems and stories have been published widely. Prizes include The Betsy Colquitt Award from descant, The Editor’s Choice Award from the Beacon Street Review, a First Prize for a short story from Glimmer Train. Phi Beta Kappa, Masters in Music from Boston University, she’s the recipient of a 2008 Massachusetts Cultural Council Artist Fellowship in fiction, having been a finalist in poetry in 2004. She’s been an equestrian and chamber musician, and currently works as a free-lance editor in both poetry and prose, and facilitates weekly public discussion of contemporary poetry, in its eighth year, for Forbes Library in Northampton, Massachusetts. She’s the author of Fourth World (Adastra Press, 2010) and Nightly, at the Institute of the Possible by Hedgerow Books, brand new. She’s currently at work on finishing novel set in the islands of British Columbia. 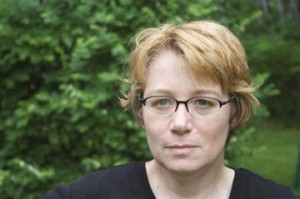 Leslie Harrison’s debut book of poems, Displacement, won the 2008 Bakeless prize in poetry and was published by Mariner Books, a division of Houghton Mifflin Harcourt in July of 2009. She holds graduate degrees from The Johns Hopkins University and the University of California, Irvine. Her poems have been widely published in journals and anthologies, including the Best of the Web and Best of the Net anthologies, The New Republic, Poetry, Memorious, Barn Owl Review, Antioch Review and elsewhere. She resides in a small town in rural western Massachusetts.